The Service of Remembrance is on Sunday 13th November at the Commonwealth War Graves.

On Friday 11th, at 11am we continue our recent tradition of marking the ending of the First World War by gathering in West Way Square across from the Botley Library where the two-minute silence will be observed and a bugler will play The Last Post.

There were two local events to commemorate Remembrance Day: the Service of Remembrance is on Sunday 14th at the Commonwealth War Graves and on the 11th, at 11am outside the Library.

The 2020 Remembrance Service at the Commonwealth War Graves was a restricted event due to the rules around public gatherings during the COVID-19 pandemic. The event was broadcast live on Facebook for the public and you can watch the recording online here.

Remembrance Day Service 2018, marking the 100th Year after the End of the First World War

The 2018 Remembrance Day service at Botley Cemetery was very well attended. It was a beautiful autumn morning on which to  remember the exact moment that the First World War ended exactly 100 years ago. Out thanks to all who helped to organise the service and to all who participated. For more details, photographs, the Address, poems and pictures from local school children, visit the 2018 Remembrance Day page.

Details of the annual Service of Remembrance: 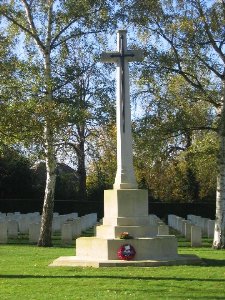 The Commonwealth War Grave Cemetery, the only one in Oxfordshire and one of the largest in the country, is managed by the Commonwealth War Graves Commission and is beautifully laid out. This open service often attracts over 700 people, including guests/representatives of HM The Queen (the Lieutenancy of Oxfordshire), the Local MP, Commonwealth High Commissions and European Embassies, Local Government dignitaries, soldiers from Dalton Barracks, representatives from RAF Benson, ex-servicemen’s and women’s organisations and children’s uniformed groups.

The service has always been conducted on an inter-faith basis and led by representatives of the local Christian, Jewish and other faiths.

The address in 2018 was given by Alan Pope, who has been involved in the Oxford-Bonn Link for many years. You can read the address here.

Following the ‘Two Minute Silence’, wreaths are laid at the ‘Stone of Remembrance’ and there is an open invitation for people to bring their own tributes of remembrance and lay them at the same time. Four soldiers from Dalton Barracks will provide a Guard of Honour at the ‘Stone of Remembrance’ and Guides and Brownies continue their recent practice of leaving their poppies at one of the graves as a means of developing an understanding of the enormity and tragedy of war. 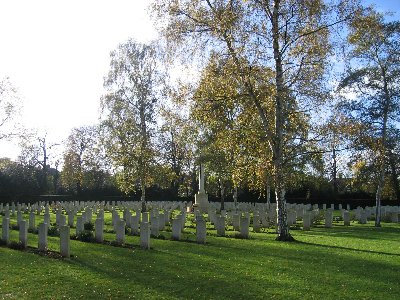 Coffee and homemade biscuits are served after the service by members of Botley Women’s Institute in their hall opposite the Cemetery. General parking for non-permit holders is available in the car park on the Minn’s Business Estate, entering from the Botley Road.

This page has the following sub pages.