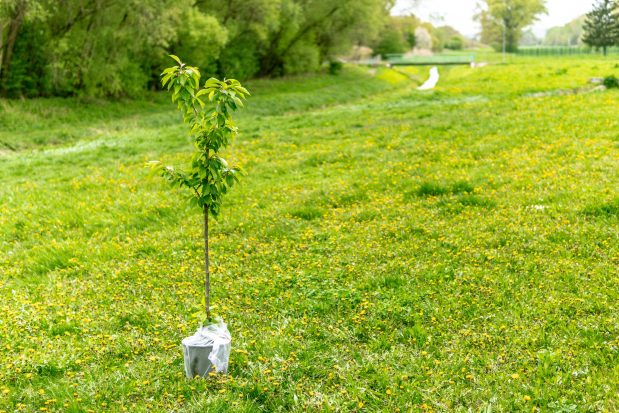 We are pleased to announce that there will be two community tree planting days in North Hinksey and Botley during Tree Week, which runs from Nov. 26 – Dec. 6.  The local dates are likely to be Sat. Dec. 5 and Sun. Dec. 6 and the sites are at Oxford Rugby Club (past the Fishes pub in North Hinksey Lane) and at Wytham View, Tilbury Fields.  Exact times are being finalised – watch this space for updates.

Everyone is welcome – we’ll aim to plant around 500 trees. These will be small ‘whips’ – young trees about 1m tall.   If you’ve not done this before, it’s easy and satisfying and we’ll give full guidance. Due to the Covid-19 issues, we will be ensuring that planting is done in a ‘socially distanced’ and safe manner. We will ask people to bring  their own spades and gloves rather than share them.   We are grateful to the Rugby Club for their support.

If you’ve got ideas on other land where tree planting could take place in December or in the spring please do get in touch – email: environment@northhinksey-pc.gov.uk 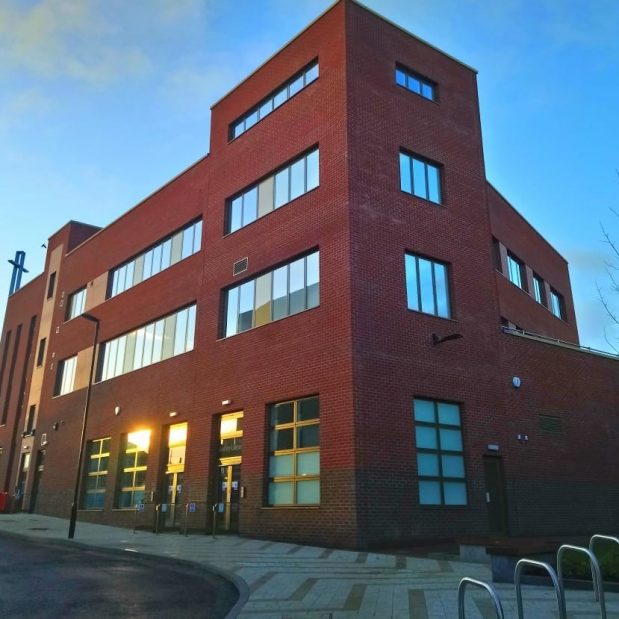 Nominations for public representatives on the Seacourt Hall Management Committee are open until 27th October.

At the AGM on 10th November 2 members of the public will be elected as Charity Trustees (public representatives) by residents over 18, present at the AGM. Any North Hinksey parish resident aged over 18 may put their own name forward to be a Charity Trustee and a seconder is not needed.

Nominations should be sent to the Secretary before 5pm on the 27th October. This can be by post in the Seacourt Hall letterbox at the Library end of the building (opposite Tesco Express) or by email to treasurer@seacourthall.org.uk.

If anyone would like more information in advance, including the responsibilities of being a trustee, they can check the website at  seacourthall.org.uk or  contact Lorna Berrett on lberrett.nhpc@gmail.com or call 07967 111014.

The AGM is on 10th November at 7pm and is open to all North Hinksey parish residents. It will be held online via Zoom, details as follows: 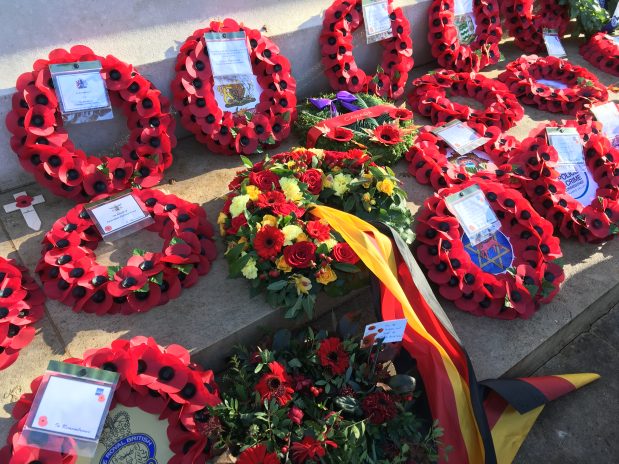 The annual Remembrance Service at the Commonwealth War Graves will unfortunately be a restricted event this year due to the rules around public gatherings during the COVID-19 pandemic.

The service will take place at the War Graves on Sunday 8th November but will be restricted to just 30 invited guests. The whole cemetery will be closed with gates locked between 10am and 12:30pm on the day. With such small numbers permitted the focus is on inviting representatives of the fallen military and children from local schools, Brownies, Guides, Cubs and Scouts.

We realise that for the many hundreds of local people and visitors to this event each year this will be disappointing news. We are determined to mark the event and to try to make it available in other ways. The service can be followed on Radio Cherwell as in previous years and we plan to film and live stream the service online, check back here for details from 1st November.

The 11th November this year falls on a Wednesday. As in past years a 2 minute’s silence will be observed and a bugler will play the Last Post in the centre of Botley. We are pleased that this year we can return to the West Way shopping centre for this event. Social distancing will be observed, please follow instructions if you are able to attend on the day.

From Monday 5th October permanent access and parking changes come into effect in West Way Square. The temporary car park between Elms Court and the former Grant Thornton will be closed and cars using the Elms Parade parking spaces will need to turn round at the eastern end to exit the way they came in. This is a permanent change following the relocation of Chancellors and Lloyds Pharmacy to their new premises and is the next step towards completion of Phase 1 of the development.

In addition, on Friday 2nd October the temporary parking area between Elms Court and the former Grant Thornton building will be cordoned off for safety while the Lloyds cabin is removed. Traffic marshals will be present on the day to redirect traffic and ensure public safety.

To avoid congestion around Elms Parade please use the other car parks on the site: the main car park with access off Westminster Way, and the community building parking accessible via Arthray Road. All car parks on site have free parking for the first 2 hours.

REMINDER: Please remember that Church Way between Arthray Road and West Way past the Baptist Church and Seacourt Hall on one side, and Tesco on the other, is a pedestrian zone between 10am and 4pm. If you drive through during these times you will recording but he ANPR system and will receive a fine.

In October Oxfordshire County Council are running free electric blanket safety testing. You can arrange to have your electric blankets collected from your home, taken to be tested and returned the same day. This service is operating from Monday 5th to Friday 9th October and again from Monday 19th to Friday 23rd October. To book your collection call 01865 895999 Option 1 or email communityengagement@oxfordshire.gov.uk 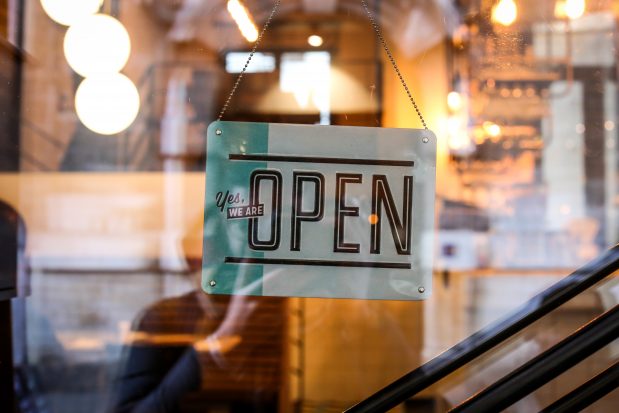 Seacourt Hall reopened on Monday 14th September. The hall had a deep clean before reopening, a full risk assessment was completed and users are provided with a Covid User Guide ensuring all guidance and compliance is met including on sanitising, ventilation, use of face masks and social distancing. The Seacourt Hall Management Committee are doing everything to make sure they are protecting users and staff members and continue to monitor government guidelines and adapt as required.

Visit the website to find out more and check the Booking page to see what’s on. 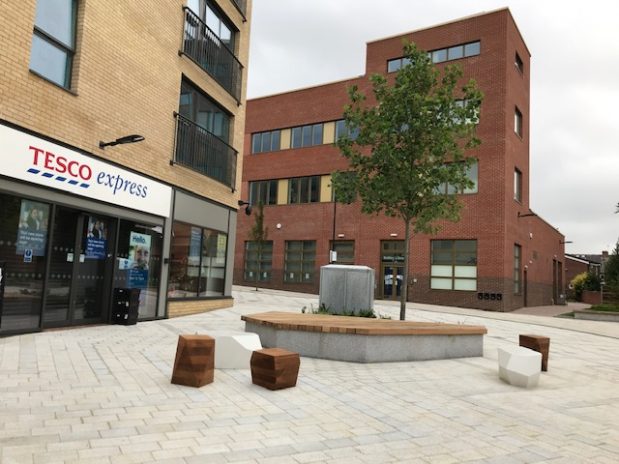 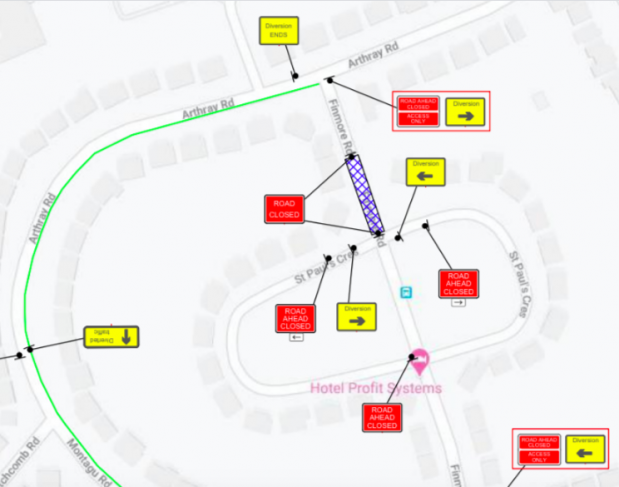 7th – 11th September: Finmore road closure. A request has been received from Thames Water for a temporary road closure to apply to a section of Finmore Road whilst a new water main connection is installed.

A temporary Notice is being made to implement the temporary closures and will operate from the 7 September 2020 up to and including the 11 September 2020. The closure will be for 24 hours each day.

Access will be maintained for emergency service vehicles and for homes within the closure area, subject to the progress of the works and liaison with the works supervisor.  The suggested alternative route is via Arthray Road and Montagu Road.

You can view a copy of the drawing showing the extent of the closure and also the alternative routes for traffic.

You can read the notice letter here or contact Sophie Carter at Thames Water for further information on 02035 777 745 or SOPHIE.CARTER@thameswater.co.uk

Consultation: your chance to feed back on the Vale’s 6 priority areas for the next few years. Have you given feedback to the Vale on their plans for our future yet? Consultation is open until this Thursday 13th August. It’s your chance to tell the District Council your thoughts on 6 priority areas from housing to the climate emergency, healthy communities, stable finances, partnering with the community and being open and inclusive.

We know that closure has been difficult, especially for our youngest residents. Thank you for your patience and support as we ensure that we re-open our play areas as safely as possible.